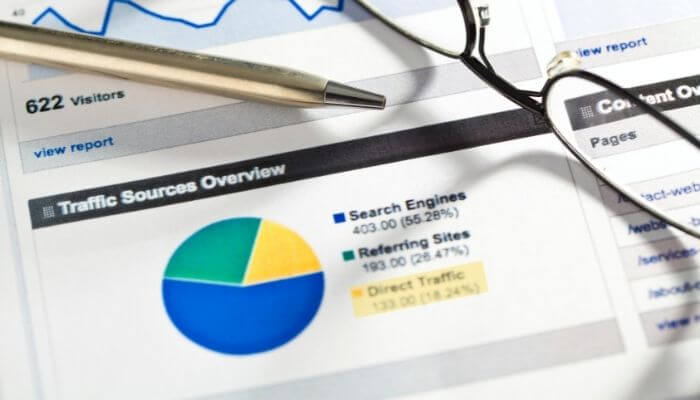 This is a question that has caused a lot of fervent debate on SEO forums for years.

Google has said countless times that they do not use direct traffic as a search ranking signal.

However, there have been studies done that have listed direct traffic as a top ranking factor.

The reality is that direct traffic correlates well with other things that do have more of an impact on SEO such as link growth and an increase in brand searches. These, rather than direct traffic, will help improve a website’s search presence.

In 2017 SEMrush conducted research into the top ranking factors.

Their study controversially concluded that direct traffic is the most important ranking factor.

When many users go directly to a website, it signals to Google that the domain has high authority and value resulting in improved rankings.

The study caused an SEO Twitter meltdown with many SEOs refuting the claims of the SEMrush study.

It takes my confidence out of this tool that you think direct traffic is the most important factor for ranking. You do realize that Direct is just Google’s way of saying, “I don’t know what channel this is?” And that G can’t use it as a factor because they can’t see it right?

So is the SEMRush study a load of rubbish?

Well before we get into that there are two key things to remember:

That’s quite a few years ago now. Things change fast in search, so what worked then may not work now.

For example, there has been a decline in murders in the U.S that correlates with a decline in the use of Internet Explorer.

While some may argue that using Internet Explorer is enough to drive anyone to murder, the truth is that these two things are not linked in any meaningful way, they just happen to correlate.

The same is often true in studies like this.

Is The SEMRush Study Rubbish?

One of the key problems with the study is the issue of direct traffic itself.

Strictly speaking, direct traffic is when someone comes directly to your site by typing a domain into the search bar rather than being referred there by a link.

However direct traffic is something that is very easy to game.

Google often struggles to attribute traffic to its source, for example, all of the following are often recorded as direct even though they’re not:

If direct traffic was the most important ranking factor then all you’d need to do to rank well would be buy visits/use bots to generate a ton of direct traffic.

It’s far too easy a thing to manipulate for it to be a serious ranking factor.

Does Having More Traffic Help With SEO?

Yes, more traffic is generally a good thing for SEO providing it comes from a legitimate source.

Some examples of good traffic sources outside of Google include:

Additional traffic from these sources isn’t necessarily going to do anything to improve your search ranking positions…but it could.

A big influx of traffic means that you are likely to pick up links, it also means that a lot more people are aware of your website now which means you may get more brand searches.

More high-quality links and increased brand awareness can have a good impact on your SEO.