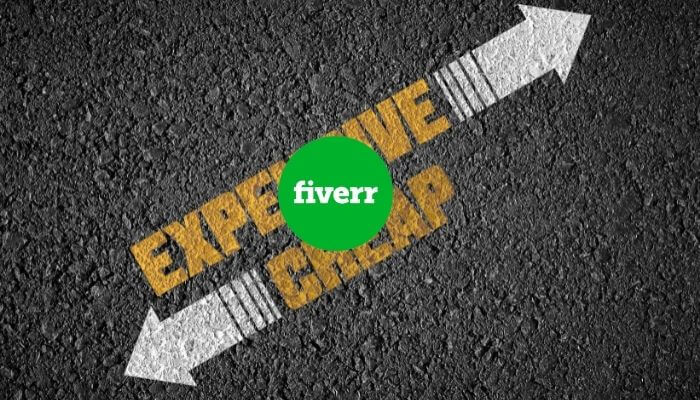 With services starting from $5 Fiverr is one of the lower cost marketplaces to go to.

However the perception that Fiverr is cheap is not strictly true.

With the average buyer on Fiverr spending $202/annum and gigs priced as high as $995 not everything on the Fiverr marketplace is cheap.

Why Do People Charge So Little On Fiverr?

Over 70% of Fiverr’s revenue comes from the United States, United Kingdom, Canada, Australia and New Zealand.

The reason Fiverr seems cheap to Westerners is not because it is bad quality (though there are many low-quality gigs on there) but rather it is due to global income disparity.

However in countries such as India where the average salary is closer to $5,500 then Fiverr prices are far less cheap.

In places such as India where many Fiverr sellers are located the average daily salary is just over $20.

This means they can afford to price their gigs relatively cheaply.

That said gigs on Fiverr can cost as much as $995, so not everything on there is that cheap.

For comparison’s sake, some Fiverr alternatives such as Toptal are significantly more expensive (prices starting at $60/hour) because they have an extensive vetting procedure and only recruit the top-performing talent in any given industry.